My visit to “LIVES NOT KNIVES”

My visit to “LIVES NOT KNIVES” 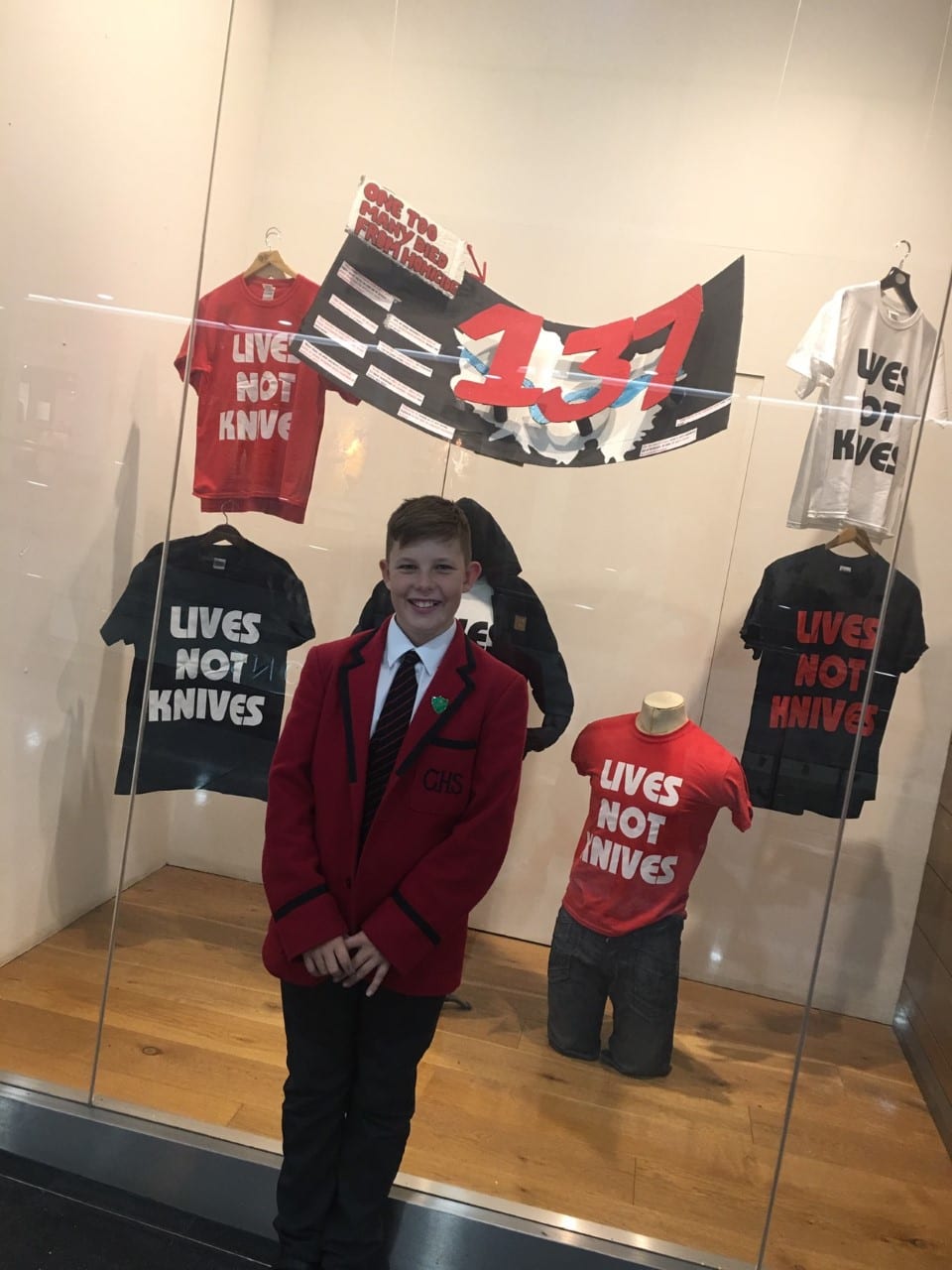 As part of the Cumnor diploma our Year 8 pupils develop their leadership skills, through the school house captain system. In this article, Saxon’s House Captain, Max W meets with the CEO of his House chosen charity – “Lives not Knives”, in his account below, Max speaks about his experience, and the great work that this charity does in supporting children in the UK.

Today I met with Eliza the CEO of Lives Not Knives and Abigail at LNK. I wanted to let them know that  they had been chosen as the Saxon’s charity of the year and to know even more about why the  charity was started and what they had achieved so far.

Eliza told me that she started the charity in July 2007. Her past had been very different to anything I  have known but today it was definitely something I could listen to and learn from. Eliza had been  excluded from school and placed in a peoples’ referral unit. Whilst there her close friend had been  killed by a knife. This was why Eliza started the LNK campaign. She wanted to fight against what was  happening in her neighbourhood being reported in the media, “Not all young people wanted to  kill”. The generation that she grew up in were called the ASBO generation and were always seen as  trouble. Eliza has worked hard to create more understanding about the way to prevent young  people falling into crime and picking up knives.

Eliza and Lives not Knives have so far visited and worked with about 70 schools, she has worked with  lots of youth workers and she gives one to one mentoring to about 70 young people at this moment.  Eliza and the LNK team have reached about 10,000 young people to date.

Eliza continues to work with the Home Office to create resources and teaching aids for teachers  within schools and wants her work in youth violence and prevention to be part of every schools’  curriculum.

I also met Abigail who is 19 and is currently working within the apprenticeship scheme at LNK.  Abigail’s story was very sad to listen too however LNK has really helped her and now she is helping  other young people.

Through her mental health issues Abigail was excluded from school and sent to a referral unit which  didn’t really support her. She did go to college but again was excluded. At this point she found Eliza  and LNK and has now found herself learning and working within the charity. Abigail talks to other
young people and her experiences can be shared and related too by these individuals. Hopefully  they will see that making different choices can make a big difference to how their own lives turn out.

Finally they showed me one of their learning resource videos which showed the impact of knife  crime on a mother of a victim and a killer. The young boy in the video could have been any boy from Cumnor House, with an interest in  animals and hopes of becoming a vet. As he grew up he made the wrong choices and became  involved with a gang. The boy was stabbed lots of times in a knife attack and nearly died in hospital.

Four days after his release he stabbed a member of the opposite gang to death and was found guilty  of murder and is currently in prison for 22 years. His Mum tells the whole story and explains that  both the mother of the dead boy and herself have lost their sons and that by picking up a knife has  destroyed more than just one life but hers, the two families and all the people known to both boys.  It was a very sad and upsetting video but sent a strong message.

I was very pleased to meet both Eliza and Abigail to see all the work that they are doing and all the people they are trying to help. I hope that the Saxons will raise a good amount of money so that the boys at CHS can help LNK continue their hard work.