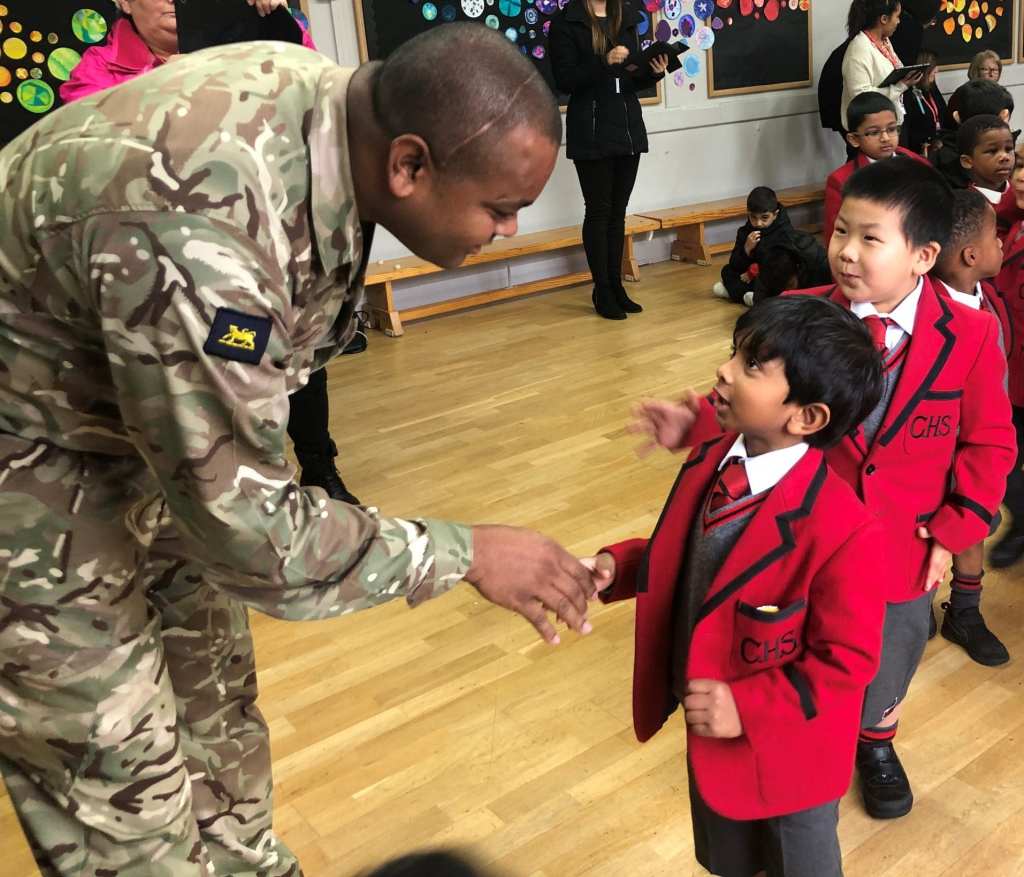 Today, as part of the school’s dedication to Black History Day, Pupils from Cumnor House School for Boys had the honour of meeting Dr Johnson Beharry VC. Dr Beharry, received the Victoria Cross in 2005, the highest military decoration for valour in the British and Commonwealth armed forces in recognition for two selfless acts of bravery, whilst on tour in Iraq in 2004.

In a day filled with poignant talks, Dr Beharry spoke with our pupils about his journey from Grenada to gangs, to the Princess of Wales Royal Regiment. He recounted the moment when he felt that his life needed to change, his need for stability and for focus and his entry in to the British Army. The story of Dr Beharry’s time in the British Army is well documented, including the two days in 2004 in which Beharry driving his Warrior tracked armoured vehicle was hit by multiple rocket propelled grenades. Dr Beharry, reflected on this in his talks with our boys and spoke of his bravery in saving 48 lives over these two days. His own injuries were extensive and undertook a further six years of hospital treatments and rehabilitation, in school we have reflected on not only his physical courage but also his mental courage and strength through this time and beyond.

A remarkable man, with a remarkable story, and an absolute privilege to listen to the story of a man who has faced adversity, has the mental strength to move forward and to spread the values he has learnt from his time in the military with others.

We are delighted to present Dr Beharry with a donation to the JBVC Foundation – which helps young people leave street gangs in London. For further information on his charity please visit: www.jbvc-foundation.org.uk